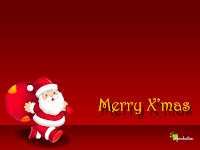 
I've heard some people (especially Christians) get upset about the abbreviation Xmas.  I've heard that it has a secular meaning which originated because people wanted to take "Christ" out of Christmas...and I've heard the wikipedia version that says:

"Xmas is a common abbreviation of the word Christmas . It is sometimes pronounced /ˈɛksməs/, but it, and variants such as Xtemass, originated as handwriting abbreviations for the typical pronunciation /ˈkrɪsməs/. The "-mas" part is from the Latin-derived Old English word for Mass,[1]while the "X" comes from the Greek letter Chi, which is the first letter of the Greek word Χριστόςwhich comes into English as "Christ".[2]
There is a common misconception that the word Xmas stems from a secular attempt to remove the religious tradition from Christmas[3] by taking the "Christ" out of "Christmas", but its use dates back to the 16th century."

I'm not one to base everything on wiki though so I thought I'd dig a little deeper. I decided to read through 10 reputable websites (by this I mean I look at the domain...is it .org, .com or .edu; who is writing the webpage and where did their research come from...) and see if they say the same thing as wikipedia...or, if, in fact, it is a secular term. Therefore, we can end the debate right here and now :) Personally, I'm hoping that it is NOT a way to blot out Christ from Christmas, but instead, a simpler way to write Christmas!


1. http://www.cresourcei.org/symbols/xmasorigin.html which is a site that advertises "Biblical and Theological Resources for Growing Christians" updated by the Christian Resource Institute has an article that says the following (rather directly and accusingly...at Christians for being misinformed)

"For example, around Christmas each year there are always those who loudly decry the use of the abbreviation "Xmas" as some kind of blasphemy against Christ and Christianity. This concern has been elevated recently with the public debates about manger scenes and the substitution of "holiday" for Christmas in stores and government venues. Among religious folks, the objection to Xmas is usually along the line that people have taken Christ out of Christmas and replaced him with an unknown (since the Greek letter chi, [C,c] which looks like the English letter x, is the symbol for an unknown quantity in mathematics).

For example, on the "Voice of Prophecy" web site is an article entitled "You Can’t 'X' out Christ."

You’ve heard the classic story about the little boy who noticed the huge red-and-green sign spray-painted on a department story: "Happy Xmas." And he wondered aloud about the X. Why was it X-mas? And finally, in a forlorn voice, he asked his dad: "Did they cross Christ out of Christmas, Daddy?" And the father had never thought of it that way before, but finally nodded. "Yes, Son, I guess they did." And it makes you think.

Well it certainly does make one think. It makes one think how uninformed or misinformed, and unnecessarily militant with that misinformation, so many Christians are concerning their own Faith. The story illustrates what could have been a marvelous opportunity to teach a child about some of the important symbolism of the Christian Faith. But it was an opportunity lost, in this story at least, because many Christians do not understand their own iconography and symbolism. The results are often battles waged against windmills while far more consequential issues for the Faith are neglected (a modern example of Matt. 23:23)."


3. This one I'm hesitant to share because I couldn't find the author, however, I'll add it to my list anyway because the site looked pretty cool ;) It's thehistoryofchristmas.com/trivia/xmas.com


Xmas is an abbreviation for Christmas. It is derived from the word ΧΡΙΣΤΟΣ, transliterated as Christos, which is Greek for Christ. Greek is the language in which the whole New Testament was written.


Originally, Xmas was an abbreviation where the X represents the Greek letter chi, which is the first letter of Christ's name. However, because of the modern interpretations of the letter X, many people are unaware of this and assume that this abbreviation is meant to drop Christ from Christmas.


4. That's 3 in accordance with wiki and Christianity :) This fourth one is a blog on the cambridge dictionary website. I wasn't going to use this one, but she cited all her facts so I thought it was legit (and also in accordance to what we've already read). And I liked her addition to the topic.


A common belief is that Xmas “takes the Christ out of Christmas” – that this is part of the so-called “war on Christmas” intended to suppress traditional Christian symbols. But this is a misapprehension, the result of not knowing the origin of the abbreviation. The X in Xmas stands for the Greek chi, the first letter of Christ’s name when spelled in Greek: XPIΣTOΣ (equivalent in Latin letters to Kristos orChristos). X and XP have been used as abbreviations for “Christ” for about a thousand years, either alone or as the first syllable of other words, such as Xpēn,christen; Xpēnned, christened; Xtian, Christian, and Xtianity, Christianity. The abbreviation also crops up occasionally in personal names; for example, Xpher, Christopher; Xene, Christine, and Xtina, Christina. In The Oxford English Dictionary, which tracks the development of words over time, the X as an abbreviation for Christmas is dated to 1551 in the form of X’temmas and to 1755 as the modern Xmas.


Okay, so I said I was going to find 10...but honestly, there aren't any more reputable sites that I could find with more info. I even looked at secular posts, an interesting "tolerance" site that explained everything from Buddhism to the Koran and 3-4 blogs...but found nothing different from what I've written above. So, my conclusion? Don't rant about something until you understand it ;) Looks like this is not something to get upset about. True, many stores and secular organizations use it as a way to shorten the word and possibly even take out Christ...but now you can share your knowledge to anyone who asks or comments and say, "X is the Greek letter for Christ! Jesus is still the true meaning of Christmas!" :) Oh, and if you hear someone say "Merry Xmas!" you can tell them, "Actually, the correct pronunciation is Merry 'Chi-mas'" ;)


Merry Christmas and Merry Xmas everyone!!