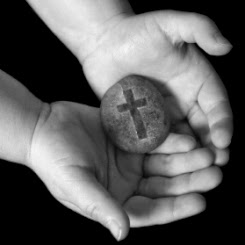 I just wanted to share this short story with you.  It happened very quickly but it has stuck with me...maybe because it all seemed so innocent and Almighty at the same time...

My kids and I were hanging out with a couple of other children.  I know the 2 other children don't go to church.  We were all outside and one of the kids remarked about how nice something looked.  One of my kids said simply - God made it.  God made everything.  One of the other kids said - God didn't make everything.  To which one of my children replied - Yes He did.  The other child thought for a second and said - He didn't make ME.  My children very calmly said, "Yes He did.  God made all of us."

Boom.  End of discussion.  Nothing else was said.  The other two children were lost in thought after that and it didn't come up again.  It didn't need to - the seed was planted.  These 2 children who know nothing about God were just handed the key to His unfailing love by two unsuspecting and unprepared  children.  They didn't argue, they didn't yell, they didn't push anything on each other...they simply spoke from their heart and let it go.

Why can't we as adults do this? It pains me when I see people stop others on the street to push religion on others.  Or when people knock on my door at always the worst possible time to tell me that God loves me or that I'm going to hell.  Why can't we be like children?  God will provide the when and where, all you have to do is follow through - not by "Bible beating" or yelling or pushing and prodding...but by simply being.  If you allow it, God can and will use you to spread His word.  Why do we get so scared to evangelize?  If we are asked to share our faith story sometimes we get embarrassed, nervous and sometimes flat out refuse.  Why?  Because we might get turned down? Because we may not be eloquent speakers or know the right thing to say?

May we all be able to share our love for God with others as children do - with no ulterior motive or agenda, with the willingness to share with anyone, anytime and with the acceptance that we are not in control...but God is.  Don't worry that you're not prepared, that you're not eloquent, that you're not dressed properly or look your best...God is.  We are just God's instruments. 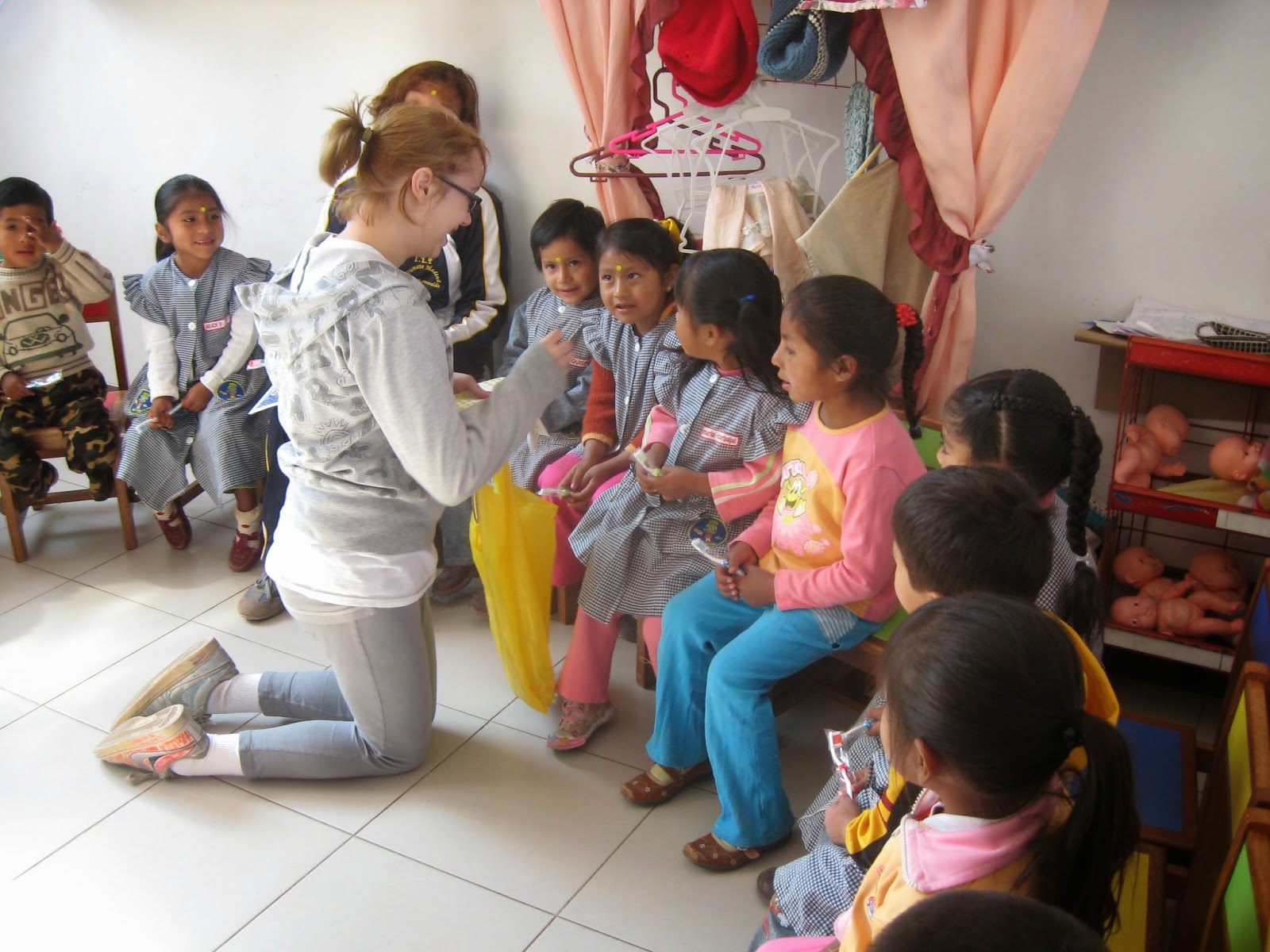 Before I went to Peru I attended an informational meeting to learn more about where I would be going.  There were other churches there as well.  It was only a few months before I left to go live there for a while and I was pretty psyched :)

Fast forward a few years...I was at a Christmas party with a church group that had gone to that meeting and had sent a few groups to where I had lived.  There was a man there that took me aside and said - "You probably don't remember, but I was at that meeting with you a few years back.  I almost didn't go and I was convinced even before I went that I was not going to go to Peru.  But, when I saw you there, and saw how unafraid and excited you were...your passion ignited a passion in me and I've now gone twice.  It has changed me and I want to say thank you."  Wow.  Not only do I not remember him being at the meeting, I had completely forgotten that we had a meeting!  I was so involved in my own life at the time I didn't really see anyone else there.  Even in my ignorance and selfishness, God used me to bring someone closer to Him. 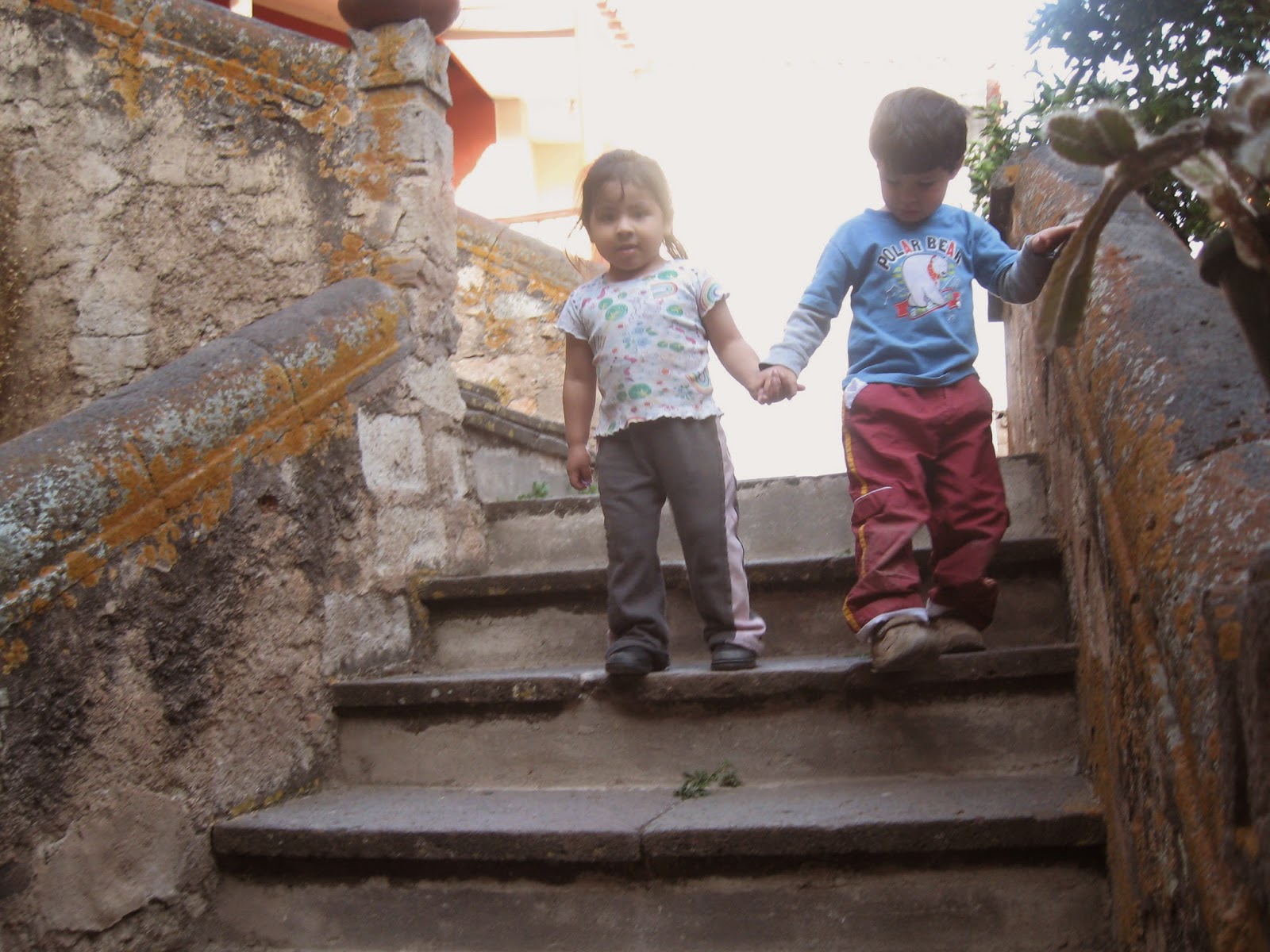 Go with God, live your life as He would have you to live it and God will do miraculous things through you that you may not even be aware of.  Peace