"I'll be there in a minute!" I shouted outside to my family.  They were all outside swimming in the pool.  I was inside by the TV waiting for the Cosby show to come on.  I was a fanatic and I wanted to see if it was a rerun before I went outside...otherwise I might miss a new one.  No other show meant that much to me...but Cosby was different.  I loved the family.  I loved the jokes.  I loved the children.  When I was sick at home, I'd watch a VHS tape (we had 4) filled with cosby's we had recorded. Bored? Watched Cosby.  Couldn't sleep?  I would replay my favorite episode in my head (that I had memorized) to help me go to sleep.  I didn't just love the show...I loved Bill Cosby.  I loved his stand up as well as his show.  He was a "clean" comedian so even in elementary school I could listen to his stand up.  My favorite?  Noah.  Still makes me smile :)

I grew up knowing Cosby.  In a way, I admired him.  As I got older I learned that he wasn't just a comedian, but he also had strong values.  I never read any of his books all the way through, but I read excerpts and have heard clips of commencement addresses.  I loved his take on diversity and the role of fathers.  I loved how he could inspire people of any race.  Yes, I admired him.  That's where I went wrong.

I wanted to pass on my love for Cosby to my kids.  Before all the accusations started hitting the fan, I put on the first season of the Cosby show - When Rudy's fish dies.  It was a hit.  They have been asking to watch the show ever since :) How could anyone not like the show? :)  Once I started reading all the recent articles about him however, I haven't wanted to see it.  I can't watch it without cringing when he's sweet and loving towards his "wife" or "family".  I can't watch it without saying "hypocrite" in my head.  Not only is he accused of breaking the law and hurting dozens of women, he did it repeatedly...and in turn hurt the family and friends of all these women.  I was hurt when I read the articles.  I was disillusioned.  I was angry.  I suddenly was let down by someone I admired.  It has happened to everyone of you I'm sure...show business, sports, people in everyday life...the world is full of them...and they let us down because they mess up.  But in a way, it's our fault.

If you think about it, there is no one in life that we should really admire.  We are all sinners.  We will all mess up and let people down...even people we care about...especially people we care about.  Jesus is the only one that is without sin.  Jesus is the only one that we can truly admire as a person.  I'm not saying we shouldn't have any human admirations.  I'm saying that, perhaps, instead of admiring the person, we should admire what they do.  We admire what they have done or said.    People can do admirable things and they can say admirable things...but no person can live up to anyone's full admiration.  I'm sure you can think of someone you admire.  If you are thinking to yourself - but that person has never let me down, they are truly worthy of my admiration - you are kidding yourself.  No one is perfect...except Jesus.

But Peter and the apostles answered, “We must

obey God rather than men.

In Paul's cub scout troop this week we talked about faith and people we know or have read about who exhibit a strong faith.  Names came up like Martin Luther King, Jr.  and Mother Teresa.  Two very well known figures who did amazing things.  Those things should be admired, their profound teachings and speeches should be remembered and admired...but they were not perfect.  They messed up too.  Luckily, God can use messed up people to do amazing things.

Look at David in the Bible.  He is definitely not someone I would want my children to admire!  He did many things that, in this day and age would get him kicked out of the church as a leader and possibly put in jail.  Yet God used him...in a huge way.  And we can admire the many teachings and stories he wrote in the Bible. This humanly admiration is common with pastors.  Many people hold pastors up too high and they admire them for being people of God.  Those people will always get disappointed and sometimes even disillusioned with the church because the pastor in some way or another failed.  I remember the first time I saw a pastor "mess up".  I couldn't believe it! How many times have you heard, "I don't go to church because it's full of hypocrites".  Duh.  Of course it is.  Christians want to do the right thing, they try to do good, but we go to church to remind ourselves over and over of what that is...because we all mess up.  We all need forgiveness and we all need second chances (and third and fourth and fifth...).

So, as more horrible things come out about Bill Cosby, true or not, I am trying to remind myself that we should "hate the sin and not the sinner".  This doesn't mean we should condone what he did (I realize he is innocent until proven guilty...but I have a hard time believing that dozens of women are making up the exact same story and he has yet to deny it.  Even if only one woman is telling the truth...that's one too many), it means that he needs help.  He needs prayer and guidance because he obviously has issues he needs to work through.  Knowing how old he is, I just hope he can find peace before he passes away.  It also means that all the words of wisdom, speeches, inspiring shows and monologues that he has given can still be admired.  It's like a congressman who preaches family values and then cheats on his wife.  How many times has that happened?  It's hard to still believe their words after seeing their actions, but the words are still admirable.  That's what bothers me most about Cosby - that all the people who looked up to him and what he stood for and who based their morals and values on his words - may turn around and think that now those words are no longer true.  He obviously didn't live by them, why should I?  It doesn't work that way.


The Cosby show is still funny and the lessons he has taught about fatherhood and racism are still powerful and true.  David's psalms are still beautifully written and faith filled.  The pastor's sermon is still relevant and inspiring.  These are all still things we should admire...just save your humanly admiration for Jesus. 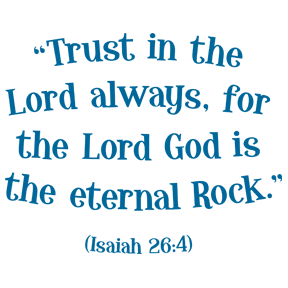 Email ThisBlogThis!Share to TwitterShare to FacebookShare to Pinterest
Labels: opinion