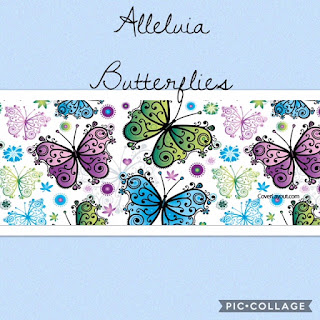 This year I decided to jump on board with a tradition that has evidently been around for a long time...but that I just learned about!  It's called "burying alleluias".  You can click on it to learn more about it.  I thought it was a neat visual for the kids to remind them what Lent represents.  So, at the beginning of Lent, I gave them a piece of paper that had the word "Alleluia" written on it very lightly.  They were to trace the letters and decorate the paper.  I also gave them (and the adults in our contemporary service) the alleluia butterflies that illustrated ministries sold this year.  They were beautiful! 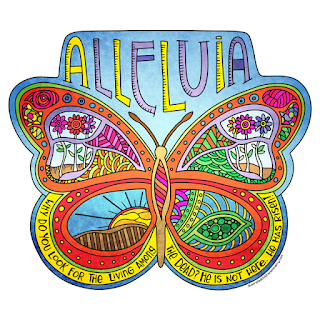 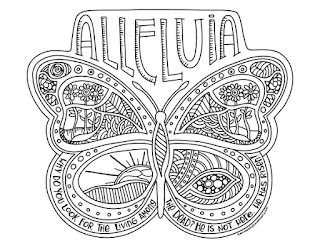 Once they were all done with their words and their butterflies, we rolled them up and taped them shut.  Then, they put all of their papers on a small parachute that we had. 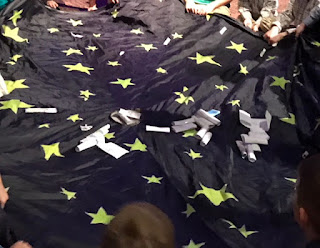 I explained what we were doing and when we would open it back up, then I rolled up the parachute and put it away until Easter.  :)

Easter morning, during my children's message, I placed the parachute...or "cocoon" as I then called it, in the middle of our circle.  I reminded them what was inside and why we put it there.  (this pic is from the contemporary service - I also did it in the sanctuary for our traditional service...but it was a smaller space). 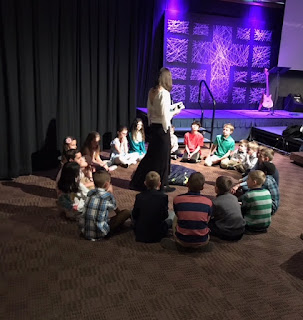 Next, I told them that we were going to make our Alleluia butterflies FLY! And as they were flying up in the air, they (and all of the congregation) were to shout Alleluia!  Because Jesus is risen, the tomb is empty and we can, and should, Praise the Lord! 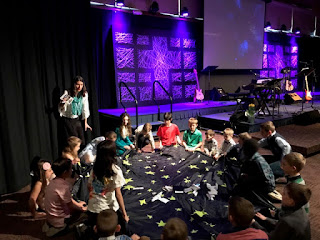 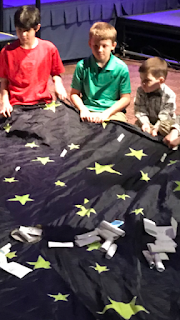 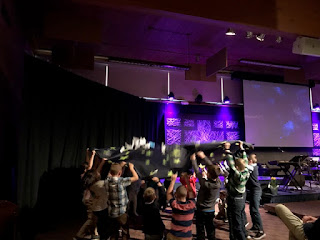 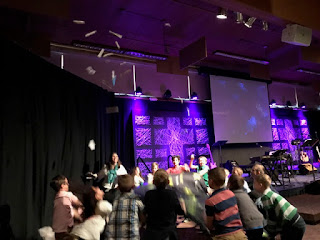 We "made them fly" three times and then closed in prayer :)  I let them take a blank alleluia butterfly and crayons back to their seat (as well as an activity booklet they helped me make).

I was a little nervous doing this because it isn't your normal children's message...but I had many adults come up to me afterwards and say how much they enjoyed it :)  I think adults need an excuse to shout Alleluia just as much as kids ;)