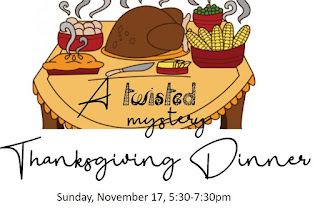 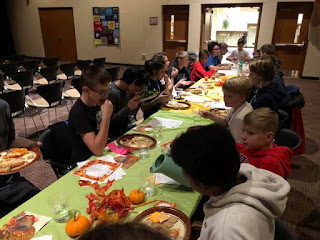 This turned out to be so much fun :) I found the idea on this website so I won't go into too much detail.  She did it at Christmas. If you want to know more about it, check out her site.  Basically, you give the youth a list of foods to order without telling them what they are ordering!  Included in the ordering are forks and spoons - so if they don't order one, they don't get one :) 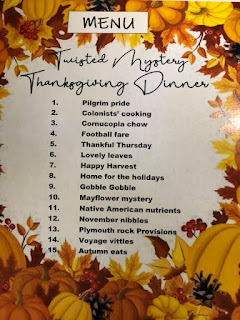 I tweaked the idea a bit from the other site because I wanted to serve more variety for Thanksgiving, but didn't want to give them as many choices or courses.  We ended up doing 3 courses and they got 3 choices at each course. 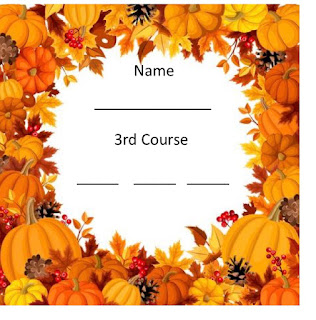 They ordered the first two courses at the same time (so 6 dishes).  Then, I let them order the third course after they ate the other two.

By letting them order the 3rd course separately, they got to do some "sleuthing" by talking to one another and figuring out which food was which number.  It was fun listening to their deducations and converations :) By the third course, they had most of them figured out so they ordered what they wanted!  And what did they order?  Pumpkin pie, goldfish (evidently a very popular Thanksgiving dish?! lol) and pudding!  Who needs turkey?? 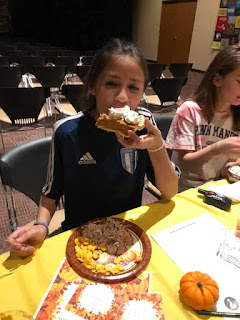 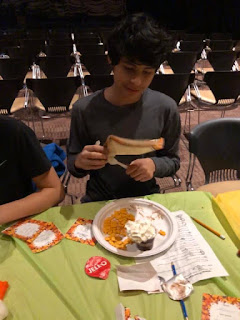 We did have a few at the very end who were still hungry, so we let them go back and get more turkey and "main dishes".  They had a good time.  We had 4 people serving and finished all three courses in just over an hour.  We put some Thanksgiving trivia (that we found on pinterest) on the table to keep them busy at the beginning and we streamed the football game that was going on.

Overall, it was a fun night.  I thought it would take longer so they had 40 minutes to kill at the end, but we would totally do it again!!

I am posting all my materials I made on my teachers pay teachers site - so if you'd like to use what I made, it's $2.  You'll get the menu, the order forms (two sets - 1st/2nd course and 3rd course) blank invitations and the "key" to the menu (the foods we served).