I loved the idea that this woman wrote about in her blog...so I decided to do the same for my son who is turning 9 this week.  I told him we would give him $150 and he could either keep it, spend it on a party, or both.  It was his to do with as he wanted.  He decided to throw a party AND keep some money so then we had a big discussion on how much things cost :) He wanted to spend $50 on a party and keep $100 but was surprised how quickly the costs started adding up!  So, he started getting creative and came up with this - a Pick Your Own Party :) Pretty cool! 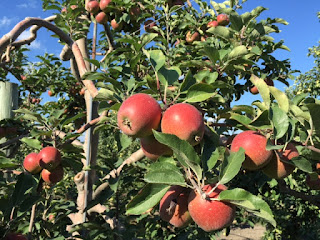 We ended up having a blast and I was proud of him for being creative :)  The only thing
I did different than what the other blog mentioned, was that I didn't have him make his own cake or anything like that.  He helped me plan the menu and he paid for it...but it is his birthday after all :)  I don't make myself a cake on my birthday!  So I didn't ask him to :) 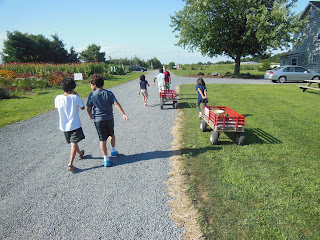 This is a neat little orchard.  Remember, we live in Amish country so pick-your-own farms are everywhere.  We even have a small one within walking distance to our house.  However, when we decided to find one last year (when we first moved here), this was one of the few that still had fruit/veggies to pick and it was reasonably priced. So, we tried it out even though it was 20 minutes away.  It made such a lasting impression on them, that's where he wanted to have his party :) it has a neat little play area as well as a tether ball - which the boys loved playing with. 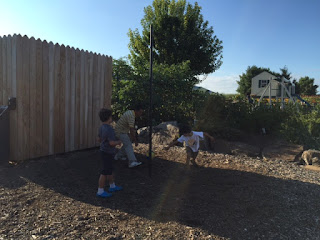 So, in all, he paid $15 for pizza and cupcakes (would've been $10 but we had to get him a gluten free pizza which isnt cheap!). For the kids' "goodie bags" (which I'm not a huge fan of), we decided we would let them pick whatever fruit they wanted to take home-and averaged about $5 per child...or $15. Add in the cost of some paper products and misc and he spent around $50.  Awesome! 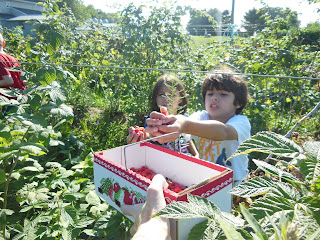 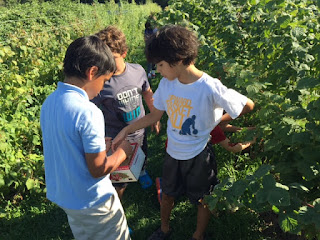 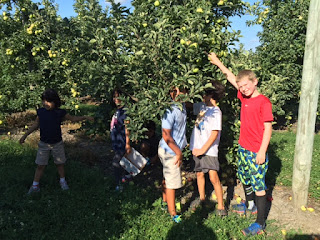 Overall, he had a great party :)  His actual birthday isn't until September 11 (another blog about that here...) but we decided to do it before school started and the craziness begins :)  Happy birthday buddy!! I love you <3
Posted by Laurie j at 9:34 PM