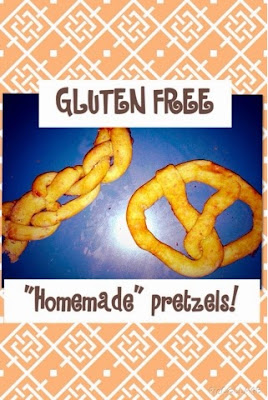 Our family took a trip to Lititz and the Sturgis Pretzel Bakery...the first pretzel bakery in the US!  We had a great time...and learned more than we ever wanted to know about pretzels!!  For example, did you know that when they first started baking pretzels, they would dip them in a substance so caustic that the workers had to wear gloves or their hands would get burned?  Crazy right? Now, thanks to the FDA, the solution is made up of almost all baking soda and water.  Thank goodness! :) We also learned how to fold the dough into pretzel shapes...easier than you think.  However, before the machines were made that now mold the dough very quickly, people did it by hand.  They could do over 40 a minute.  We decided we probably couldn't keep up with that :)  They also made 10 cents an hour for folding dough all day long.  Don't think it sounds like much?  Evidently they were some of the highest paid workers in all of Litiz at the time!  Crazy! 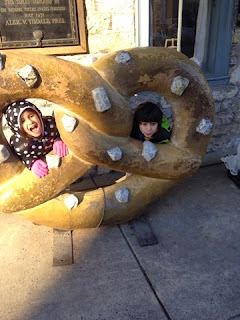 Ever since we returned from the Pretzel bakery, the kids have been asking to make their own pretzels!  Since my oldest monkey and I are (mostly) gluten free, I decided to go on pinterest and find a recipe for homemade pretzels.  Guess what I found?  NOTHING!  Can you believe it?!  For the first time ever pinterest let me down!! ;)  lol  So, I had to get creative.  I found a good blog that had a good recipe that I followed (after making the dough part).  You can find it HERE.  However, I still had to figure out how to make the dough.  I'm not a bad cook...and I like to get creative...but baking gluten free desserts/pastries is NOT easy and so I looked for an alternative...

Feel like a cheater?  Don't! :) Think of yourself as smart and as someone who uses their time wisely ;) I had no idea how this would work...but it turned out great!!  Get the pie shell out of the freezer and let it warm a bit (or pop it in the microwave for a few seconds).  Form it into a ball and work it around with your hands so that it becomes easier to form.

Besides the dough, these are the only other things you'll need...

Preheat your oven to 500 degrees
1 cup water
1/4 cup baking soda
salt
(I used the salt grinder I had and it worked great-but there is also salt you can buy specifically for pretzels)
butter
(you need some to grease the pan and also to rub on the pretzels when they come out of the oven.  I used less than 1 tablespoon) 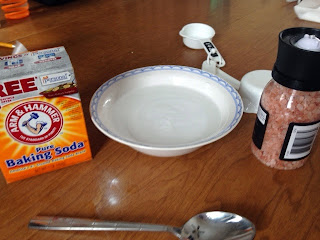 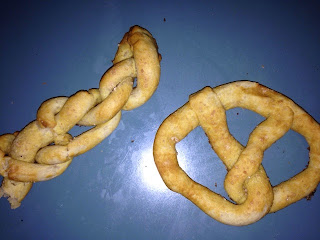 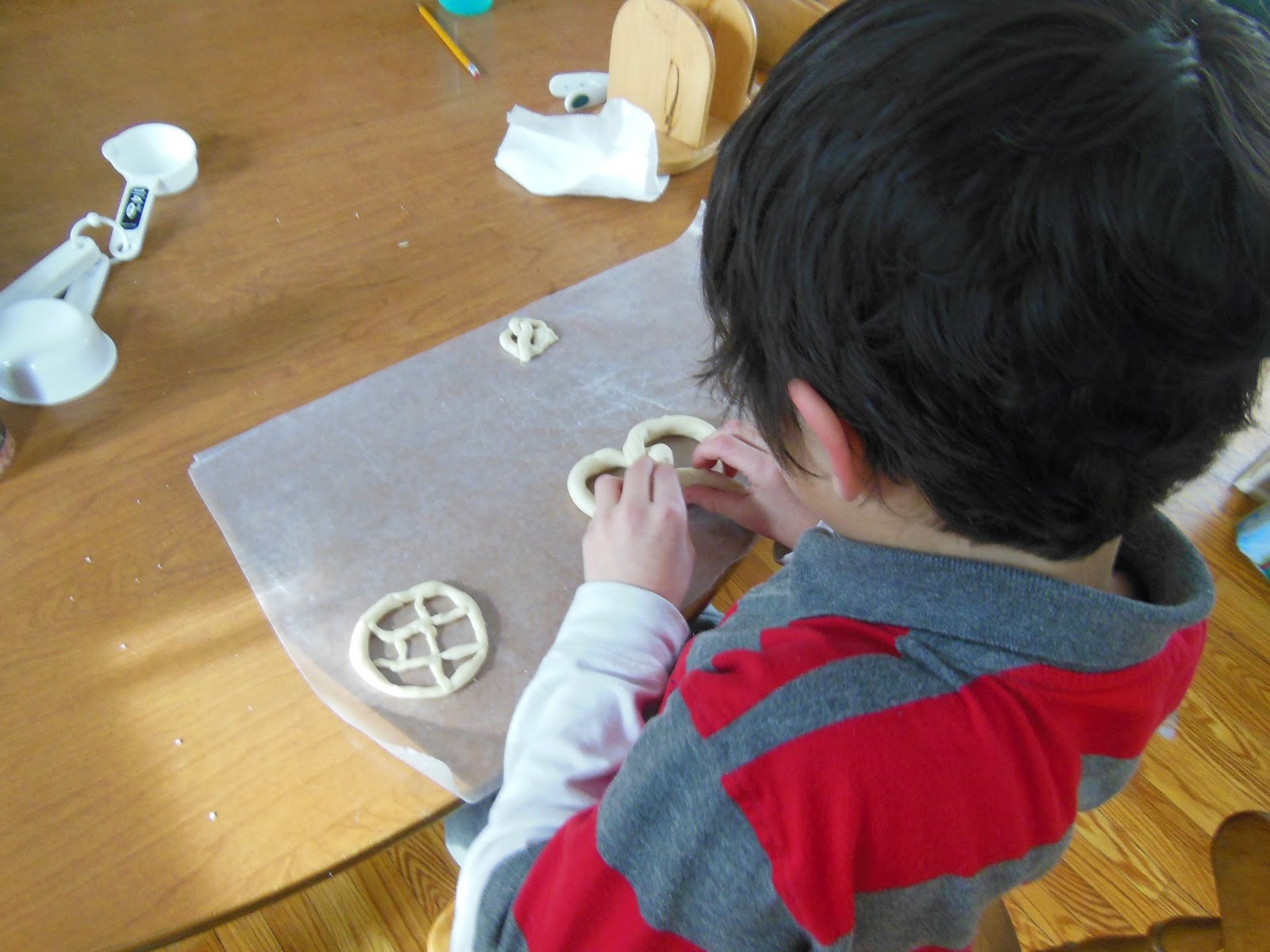 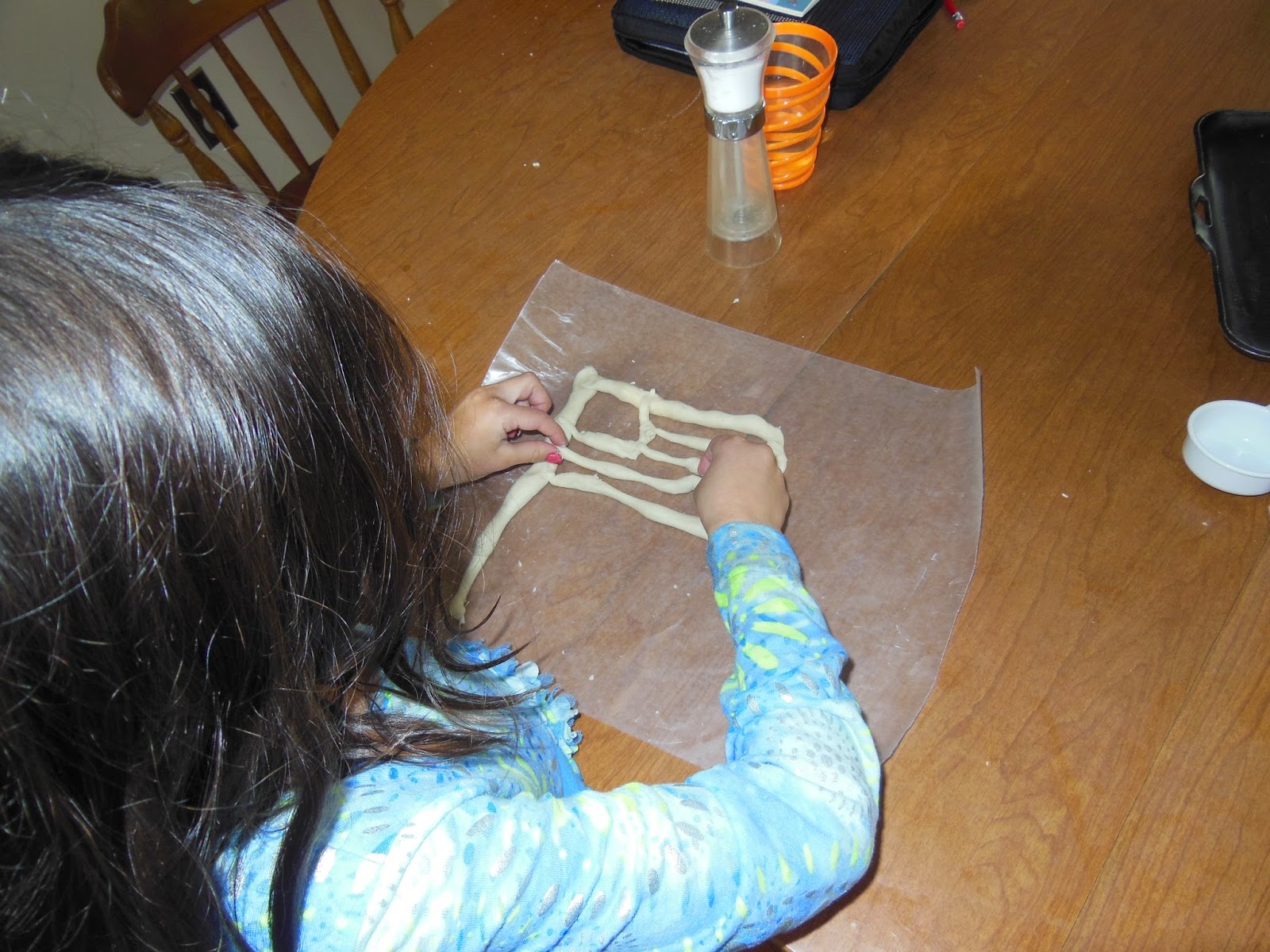 Once you have your shapes, dip them into the water/baking soda mixture (you have to keep stirring it!) and put them on your baking pan.  Put on your salt and then let them sit for 10 minutes (great time for your oven to heat up:)  After ten minutes, stick the dough in the oven for 4 minutes.  Turn the tray and bake for 4 more minutes.  My oven is slow so I had to cook them a few more minutes, but yours may be done.  We cooked ours until they were a little brown on top.  Once they look done pull them out of the oven and coat them with butter (we didn't do this the first time and it wasn't a big deal).  They are the perfect texture!  Yummy :)  Just wish the pie crust made a little more :)  I split the dough and gave half to each child.  They could make one large and one small with their part.  You can see my daughter had enough to make a flag and a few hearts.  You could probably make 8-10 small ones or 3 large ones. 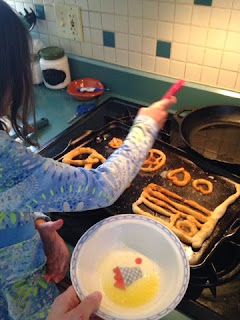 So there you go!  We are hooked :)  The kids actually commented that they liked ours better than the soft pretzels at Sturgis :) I wouldn't got THAT far...but they are good :) Next we want to try some sweet ones ;)

And since Easter is coming up - don't forget about the legend of the pretzel!  Share it in your church, Sunday school class, mid-week classes, etc.  Here's a site that has a lesson plan and an explanation of the legend :)