So this year, after surfing pinterest last year and putting together awesome birthday parties, I decided we'd have a laid back - combined birthday party.  My youngest monkey was born in July and my oldest in September (almost 2 years apart). It made sense for us to do a party in August - for both of them - before the craziness of school starts.

It turned out pretty well!  We did it at one of those bouncy house places so they took care of the decorations, paper products, food, drinks and most importantly - set up and clean up :)  Oh!  and entertainment :)  We did the smallest package so each of the kids only got to invite four friends - but that turned out to be plenty.  All I had to bring were the cupcakes and the birthday kids!  I have to say I felt pretty slack the whole time I was there and our hostess kept having to tell me, "I'll get that!" :)

they had a great time in the ticket machine but didn't quite get the concept.  we told them to catch them and stuff them in their pockets - but only some flew around.  most stayed on the ground.  we kept yelling and them to pick them up and put them in their little apron...my little one actually did it once then threw them up in the air :)  too funny! 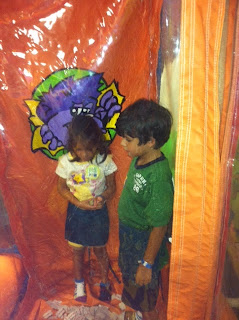 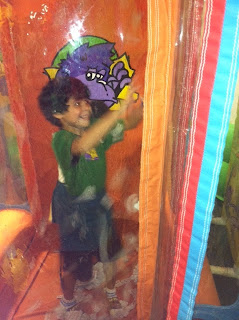 Since all I had to do was make cupcakes, I let the kids decide what kind.  Monkey number 1 (my oldest) is into frogs and wanted frog cupcakes.  I searched online and showed him two options (below).  He picked the one with the froggy on top which made my job even that much easier! 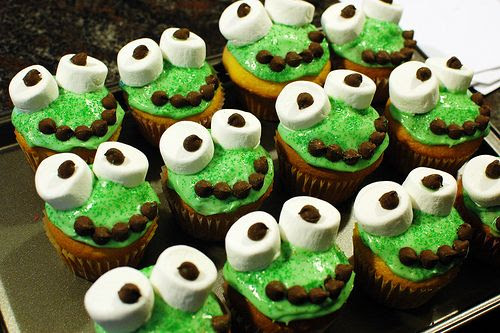 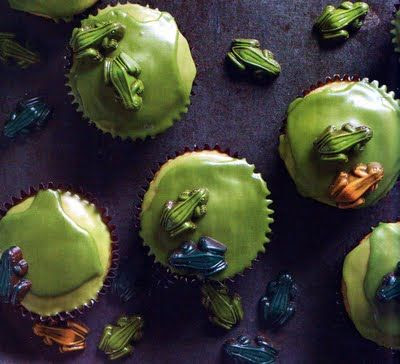 Monkey number 2 (youngest) is into Max and Ruby and of course, that isn't sold in stores.  There are things you can buy online but since they are rare, they are quite expensive and cheap looking.  So, I figured I could make something just as nice!  Using my colored printer, laminator, paper, scissors, toothpicks and glue I made my own cupcake toppers.  Easy! 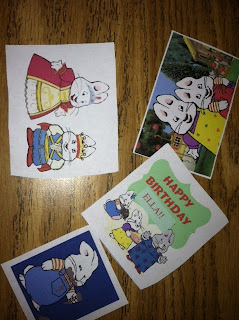 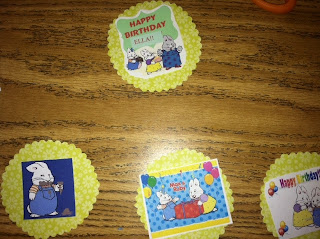 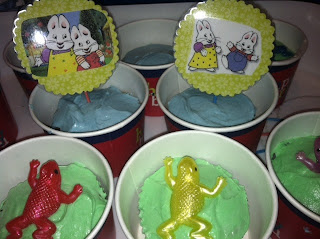 I made the cupcakes from scratch (before you judge, remember I literally had nothing else to do :) because monkey 1 can't have soy, monkey 2 can't have peanuts and I don't eat artificial colors/preservatives/flavors.  So, I try to make things from scratch so we can all eat them! 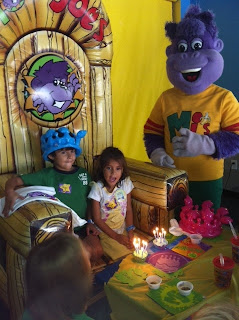 We paid a little more for the venue than we were hoping (there are always those hidden costs!) but since it was for both of them, I figure we probably evened out...and factor in that I did hardly any work maybe we even came out ahead :)

With that out of the way, we can now concentrate on school...on Friday we have our two open houses...it hasn't sunk in yet.

One young mother told me once - "I was ok dropping my child off at kindergarten.  I didn't cry, he didn't cry...it was hard, but we both kept it together.  HOWEVER, when he went to first grade and I sat down at his desk and saw all his books...it hit me.  This is real.  He's in school."  And that's when she started bawling like a baby :)  Do I foresee this in my future?  I won't say it's impossible...